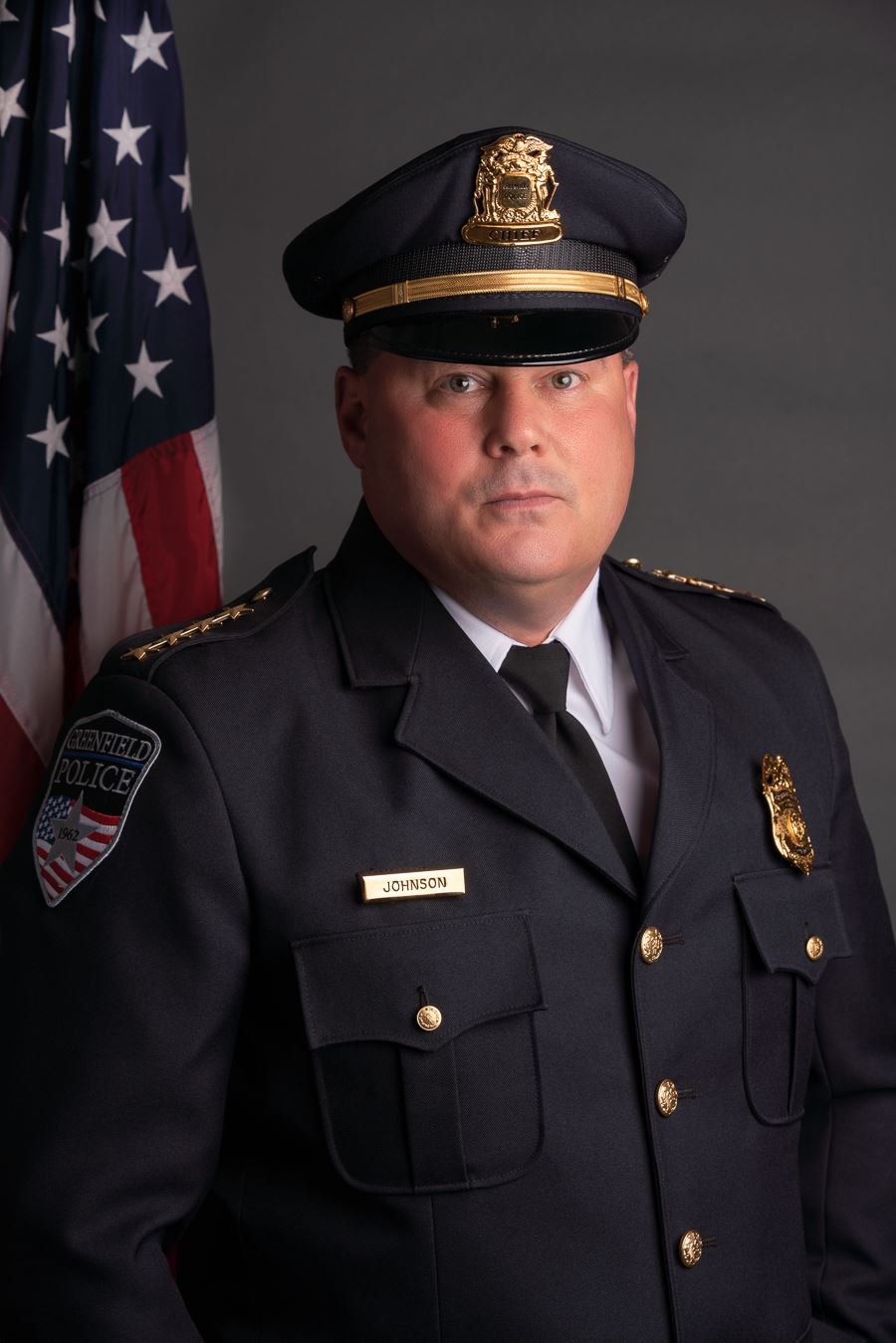 On April 4th, 2019 the Greenfield Police and Fire Commission unanimously appointed Captain Jay Johnson as Police Chief for the City of Greenfield.

Chief Johnson started with City of Greenfield as a Police Officer in March of 1992 after serving the Town of Brookfield Police Department for 2 years. He was promoted to Police Sergeant in October 2001 and served in that capacity until being promoted to Police Lieutenant in February 2008. In January 2012, Johnson was promoted to Captain; a position he has held until his current appointment as Police Chief.

Chief Johnson has earned an Associate Degree in Police Science, a Bachelor’s of Science Degree in Criminal Justice, and is a Certified Public Manager through the University of Wisconsin program. Additionally, he is a graduate of the FBI National Academy and the International Association of Chiefs of Police Leadership in Police Organizations. 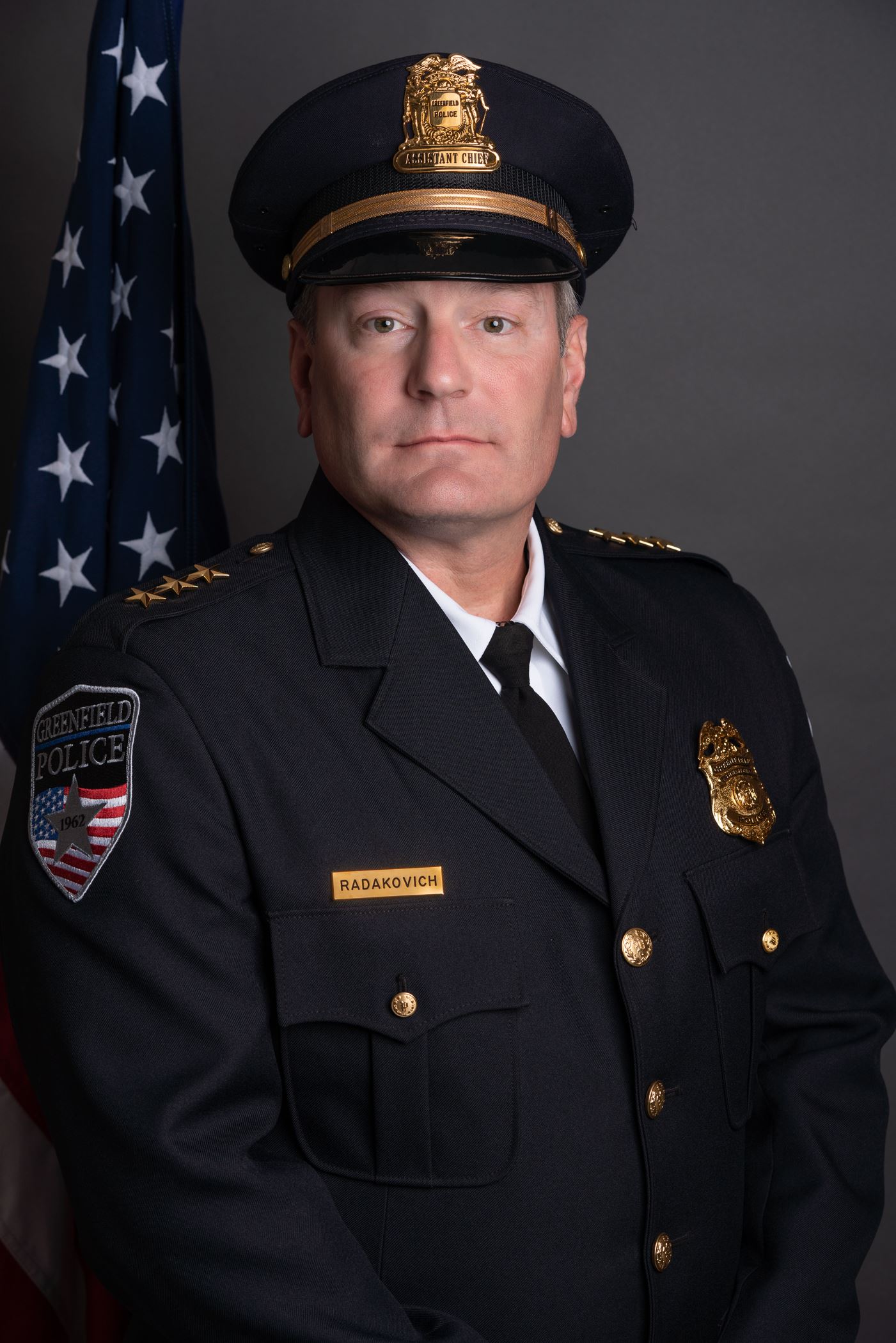 Assistant Chief Ray Radakovich began his career with the Greenfield Police Department in 1994. Prior to his appointment to Assistant Chief in 2020, he served in a variety of assignments, most recently as a Patrol Captain on Early Shift.  As Assistant Chief, he will help oversee the department budget, serve as the policy manager and act as the records custodian.  He is also the Community Service Officer coordinator, responsible for selection, hiring and overseeing the CSO program.

Assistant Chief Radakovich holds an Associate’s Degree in Police Science from WCTC and a Bachelor’s Degree in Business Management from Wisconsin Lutheran College. He is a graduate of the Senior Executives in State and Local Government program at Harvard University, the School of Police Staff and Command at Northwestern University and the IACP - Leadership in Police Organizations program.  AC Radakovich also holds the designation of Certified Public Manager through the University of Wisconsin. 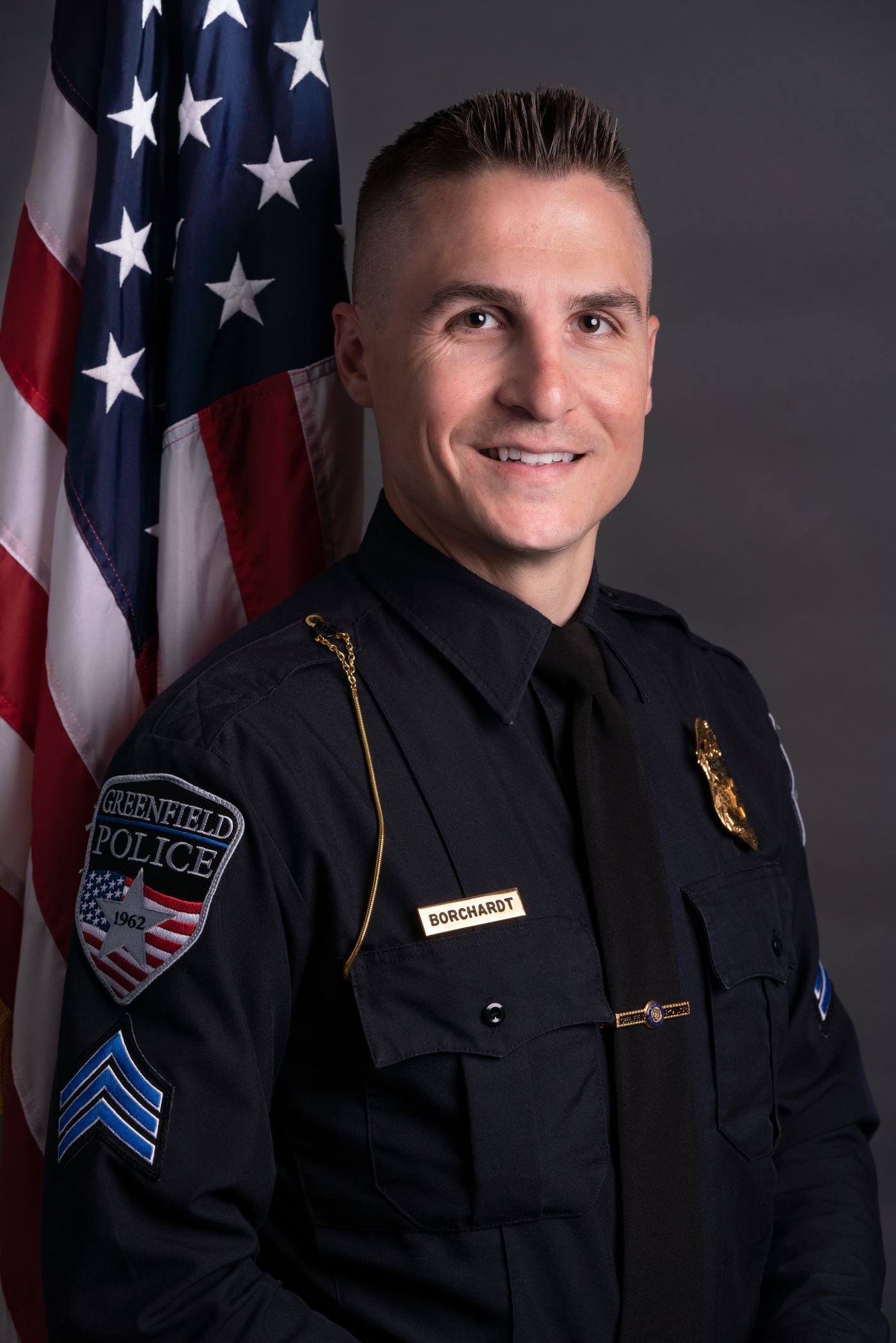 Captain Matthew Borchardt began his career with the Greenfield Police Department in 2009, where he worked as a patrol officer for approximately 5 years prior to his promotion to the rank of sergeant in 2015. He currently oversees the department’s Bicycle Unit, Honor Guard, Peer Support Team and also manages traffic grants. 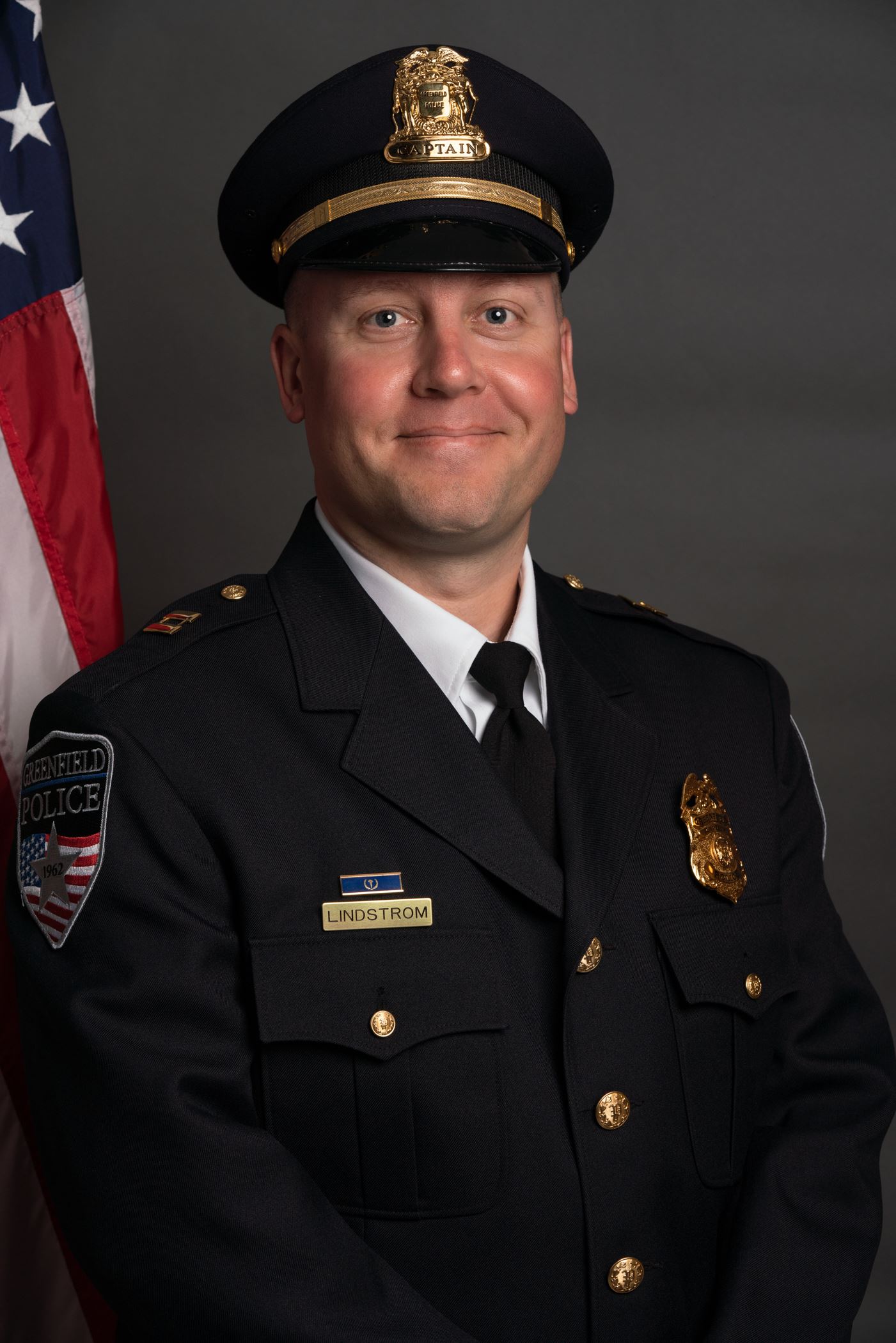 Captain Eric Lindstrom began his career with the Greenfield Police Department in 2003. He has served in our Department’s K9 unit, handling K9 DJ. He is a certified instructor in multiple disciplines and currently serves as the Department’s training coordinator and Citizen Police Academy director. Captain Lindstrom is the Department’s tactical commander; in charge of tactical response during critical incidents. He is currently an assistant commander on the Milwaukee Area Investigative Team.

Captain Lindstrom holds a Bachelor of Arts in Criminal Justice from the University of Wisconsin – Oshkosh. He is a graduate of the Wisconsin Command College, which earns him the designation of Certified Public Manager through the University of Wisconsin – Madison. Captain Lindstrom has completed the International Association of Chiefs of Police – Leadership in Police Organizations program and sits on the board of directors for the Wisconsin Command College Alumni Association. 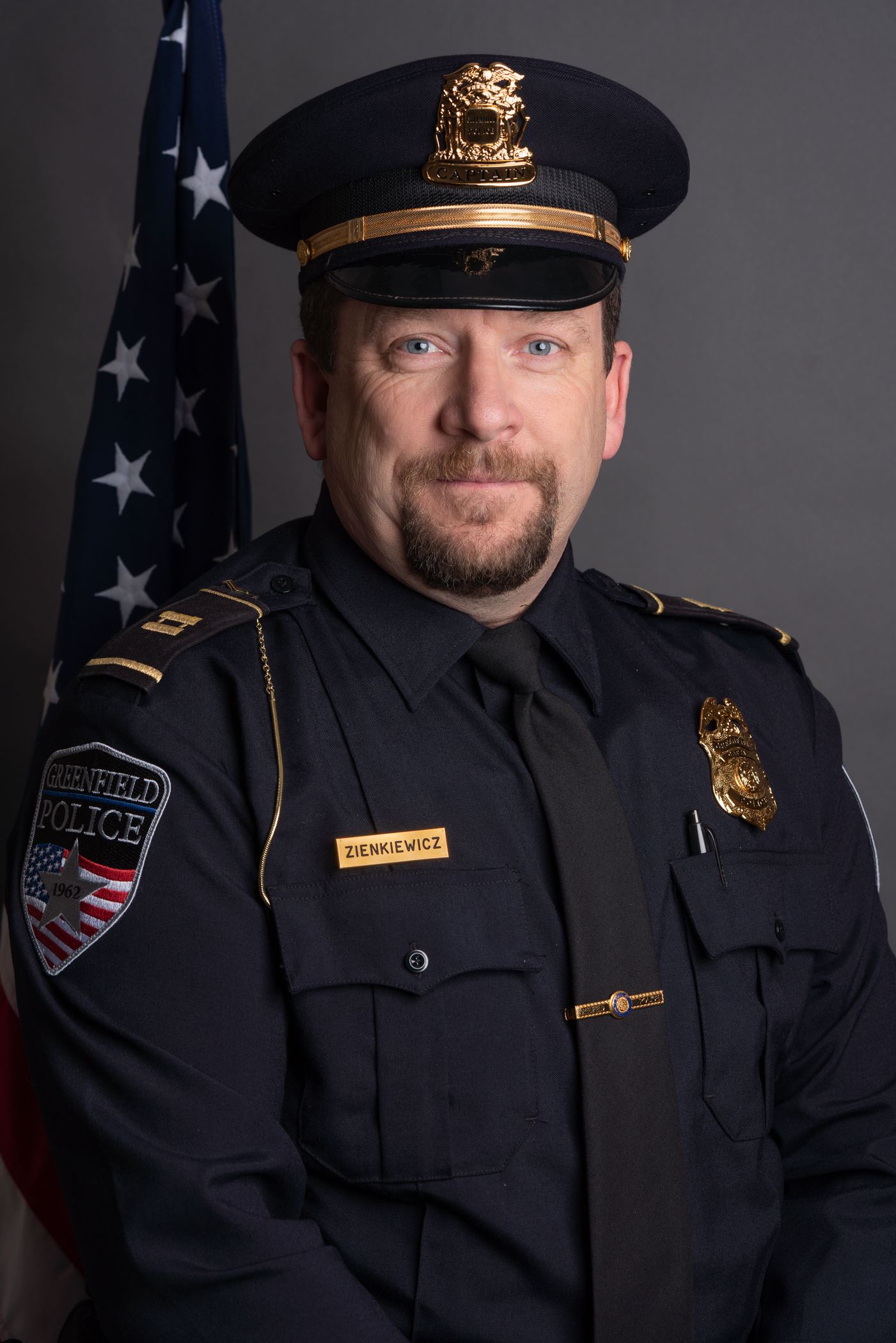 Prior to being appointed to the Greenfield Police Department in 1999, Scott gained law enforcement experience while serving the communities of Grand Haven, Michigan and Pewaukee and Lannon, Wisconsin. As a Greenfield patrol officer, Scott served as a SWAT Team member, a Drug Recognition Expert and a Field Training Officer. In 2007, he was assigned as a K-9 Handler and worked with his canine partner until Badger’s retirement in 2012. During their time together, Scott and Badger were recognized with Meritorious K-9 Article Find Awards in both 2009 and 2001.

Scott was promoted to sergeant in 2012. Over his seven years as a supervisor, Scott has provided leadership in various capacities, including the management of the department’s K-9 Program and Drug Recognition Officer Program, the revival of the Detective Mentoring Program, implementation of the Background Investigator position, and oversight of Everbridge.

Scott is a Certified Public Manager and is a graduate of the International Association of Chiefs of Police Leadership in Police Organizations, Northwestern University Supervision of Police Personnel, and First Line Supervisor Training courses. 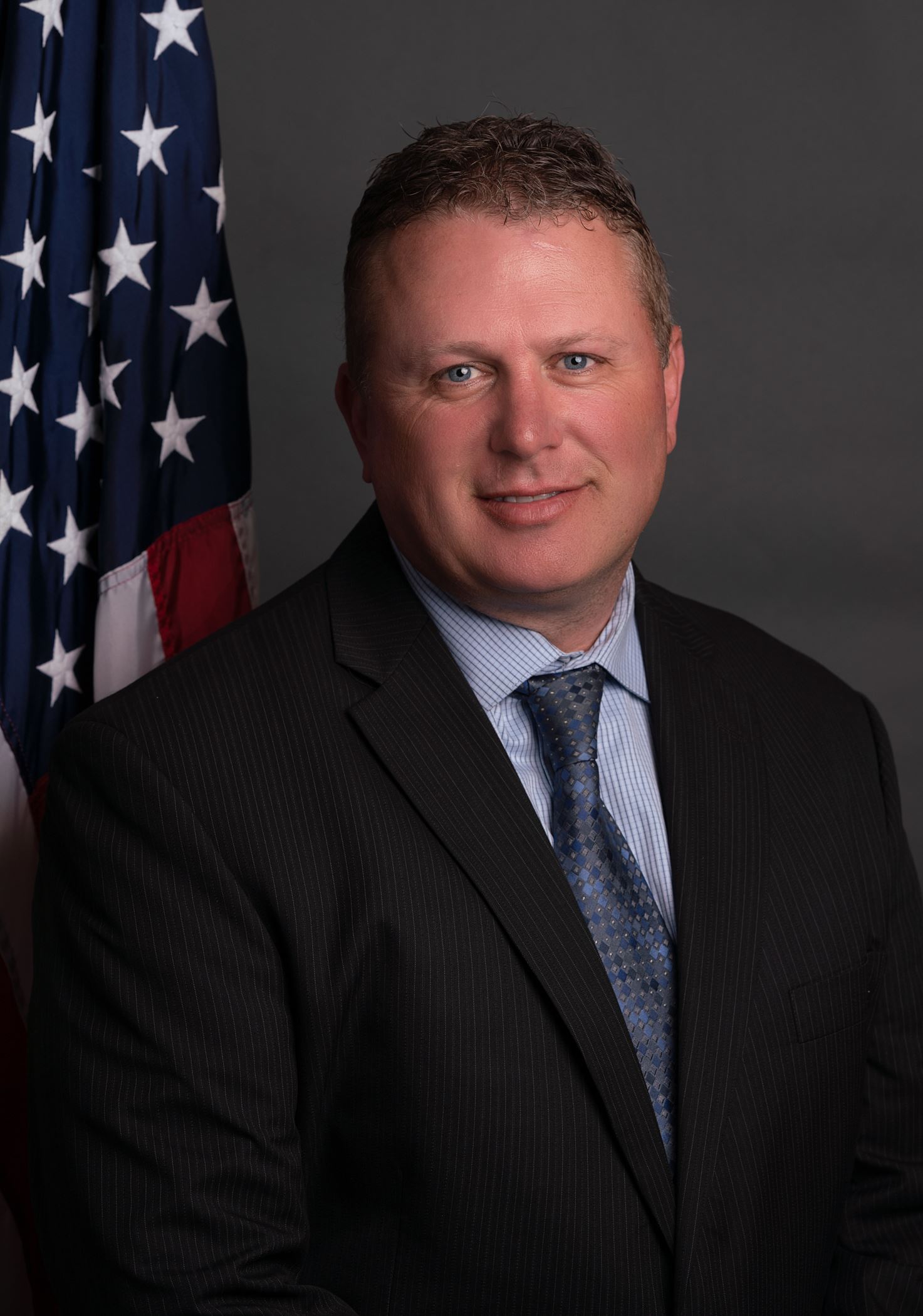 Chuck began his career with the Greenfield Police Department in 1996 and was promoted to Detective in 2009. He had previously served as a military police officer in the United States Air Force.

A valuable asset to the department, Chuck has served in a variety of roles, including as a SWAT Team member, MAIT Team member, Sniper Team Leader, Special Operations Unit Officer, Field Training Officer, and Evidence Technician. Additionally, he assists with the Citizen Police Academy program as a Crime Scene and Evidence Forensics Instructor, and was elected Vice President of the Greenfield Police Foundation Board and President of the Greenfield Police Association.

In the CIB, Chuck was instrumental in streamlining the reporting process for secondhand dealers in the city, creating an ordinance and implementing an electronic database (NEWPRS) to track criminals and stolen property. The NEWPRS system is currently being used by over 250 law enforcement agencies and has assisted the Greenfield Police Department in making over 1,000 arrests and recovering over two million dollars in stolen property, and in 2012 Chuck was awarded the Meritorious Service Medal for his work. 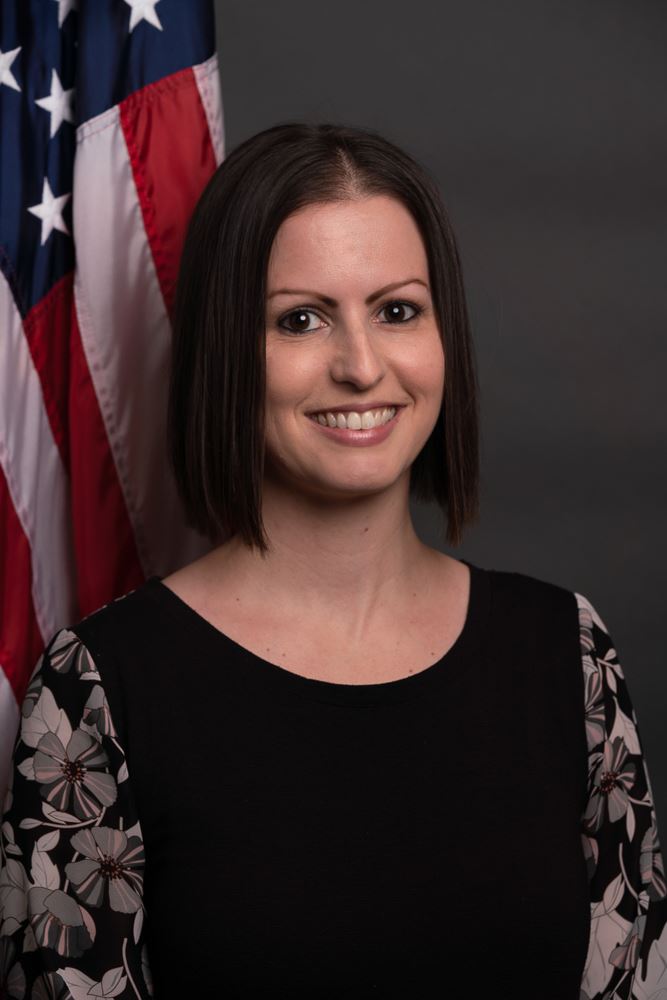